Anki is an open-source spaced-repetition flashcard app that has garnered an avid following both in medical education and language learning alike. One of its key advantages as compared to other solutions lies in its customizability and rich ecosystem of supported add-ons.

As of December 2018 I have published over 50 different add-ons on AnkiWeb, with a lot more residing on GitHub. Some of the works I am most proud of include:

Image Occlusion Enhanced, an add-on that streamlines transforming visual information into flashcards, making it the perfect choice for studying anatomy: 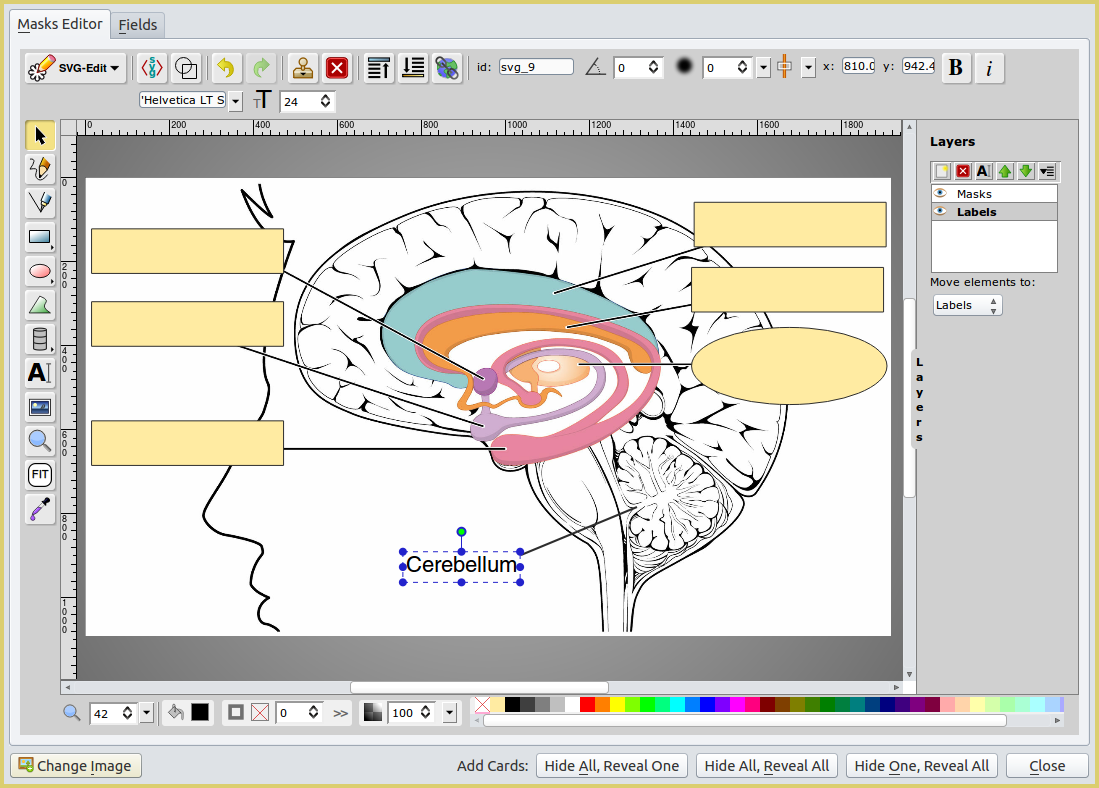 Image Occlusion is the brainchild of Tiago Barroso, a legend among Anki add-on creators, from whom I took over development in early 2016. With about 150,000 downloads since, Image Occlusion Enhanced is my most popular add-on by far.

About 70,000 downloads and rising. Has been motivating me to keep up with my reviews ever since its release.

Cloze Overlapper, a tool specifically designed for memorizing lists, enumerations, and pathways – such as the ones encountered in microbiology or neuroscience:

Currently residing at over 20,000 downloads, this is the add-on that probably took me the longest to bring from an idea to a functioning end product, but it has been an irreplaceable tool in my studies since then.

Over a dozen of other add-ons were developed on commissions by fellow Anki users. Some of the works created that way include Advanced Previewer, Note Organizer, and HTML Cleaner.

If you are interested in commissioning an Anki add-on of your own, please feel free to reach out to me using the contact links provided in the about section. I also take requests for commissioning specific features in existing add-ons, and even Anki itself (with some limitations).

Since about early 2016 I have been regularly contributing to Anki's development. For an overview of the patches I submitted please see here.

I have also contributed a patch to AnkiDroid which – despite being a very trivial change – was quite an exciting experience for me, as it was my first contribution to an Android app.

I hope to become more involved with both projects' development once my studies allow for it.

My interest in Anki and spaced-repetition in general has also sparked off a few projects which are not directly related to Anki's codebase:

What started as an outlet for showcases of my Anki add-ons has since become a general resource for Anki-related video guides and demonstrations. With my weekly video uploads I try to cover Anki's use from the unique perspective of a medical student turned software developer.

In the future I am planning to expand my YouTube channel with evidence-based tutorials on the effective use of spaced-repetition software in medical school. 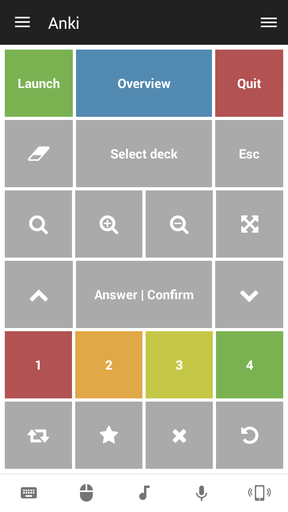 A custom-built remote for the popular Android and iOS app Unified Remote that allows you to review your cards from across the room. Featured on the Unified Remote store.

Ideal for treadmill use, and a major help in getting your exercise even when deep into an exam phase!

Projects outside of Anki that are also related to my studies:

A comprehensive compilation of English medical terms that can be used for spell-checking in LibreOffice, Word, and other document processors. Compiled from a number of other prominent open-source dictionary projects. Also comes as a ready-made hunspell dictionary, and in German.

My first experiences in programming were centered around creating scripts and applications to improve my workflow on Linux. Out of these I would like to highlight the following: 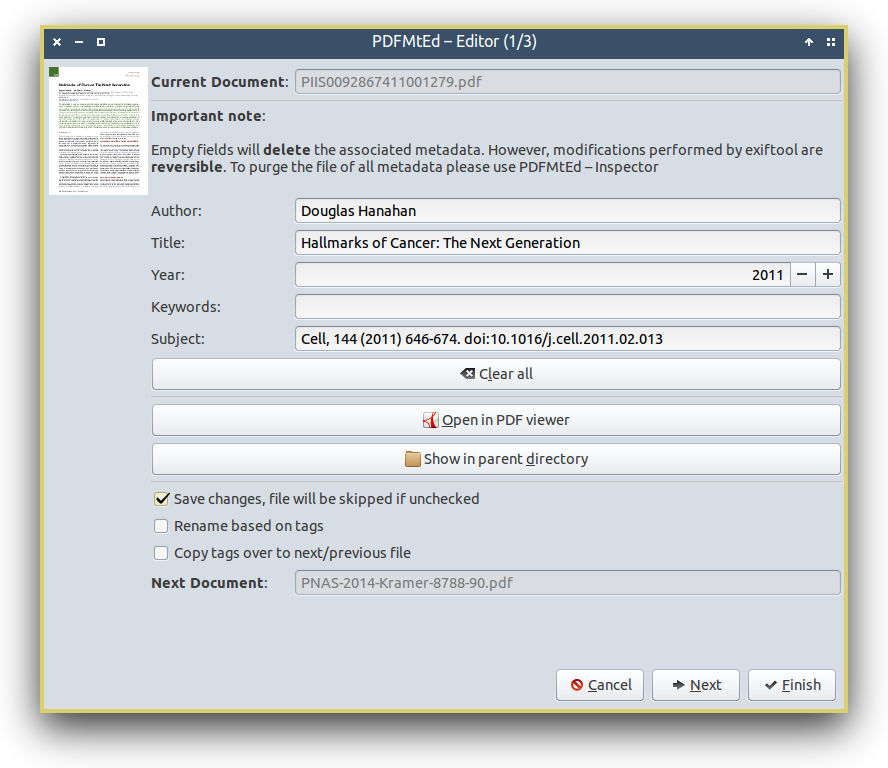 A graphical interface to the powerful ExifTool by Phil Harvey, specifically tailored to modifying PDF metadata. As one of my first major software projects this tool suite was coded entirely in Bash, with the help of yad.

This was a product of necessity. At the time I was trying to catalog and canonicalize my collection of medical papers. To my dismay I wasn't able to find any existing GUI tools on Linux that could handle PDF metadata editing. So I ended up writing my own. 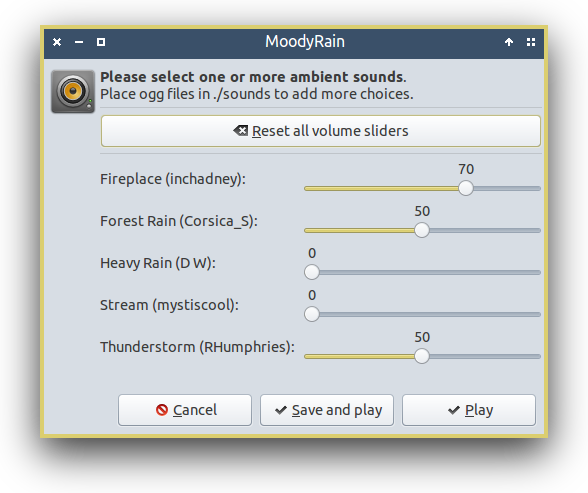 A simple text-to-speech interface based on the speech output by Google Translate.

While there are quite a few open-source TTS engines, e.g. festival or espeak, sadly none of them sound very natural. This project was meant as a stop-gap solution to provide a natural-sounding speech synthesis system on Linux machines.

The API used by this script and many others like it was never officially supported, so maintaining the project eventually turned into a cat-and-mouse game, forcing me to drop its support out of lack of time. Nowadays the script still works, but only for short paragraphs. Longer bodies of text will fail to be processed due to rate-limitations imposed by Google.

Still, it was a fun little project to work on that taught me a lot about handling HTML requests.

I've had to heavily curb my involvement with it due to time constraints, but I used to be very active on the StackExchange network, especially on AskUbuntu:

Helping and supporting users that were new to the Linux community was a very fulfilling experience for me. It also provided me with ample opportunities to hone my own skills with bash scripting and Linux in general.

Over the years I have released a number of simple packages for my text editor of choice, Sublime Text 3. These may be found on GitHub and in Sublime's package control system.